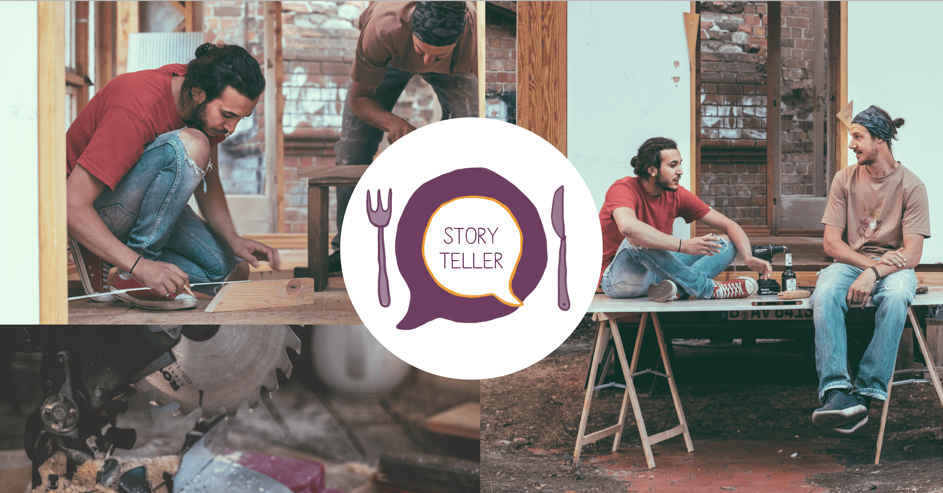 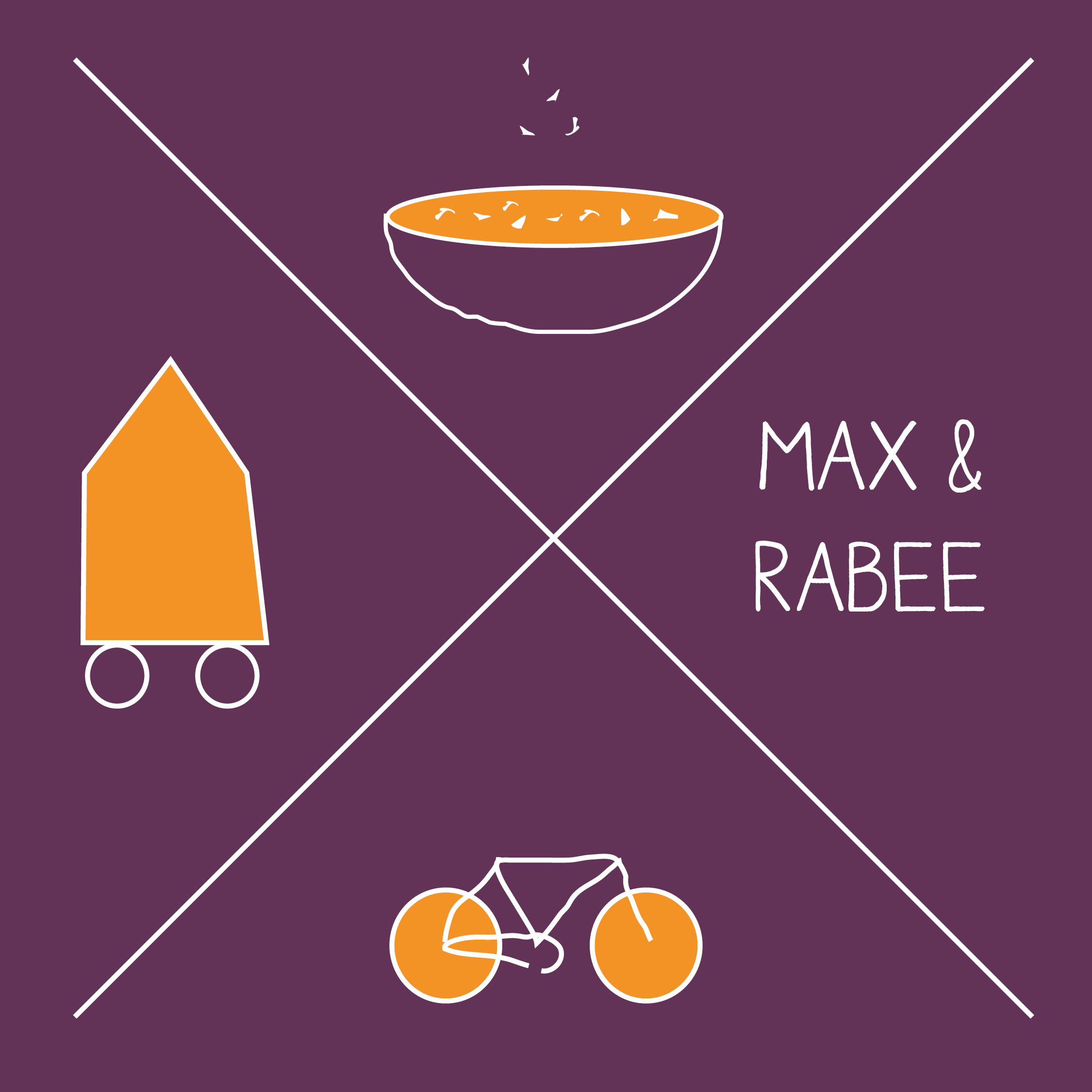 What’s your favorite spot in Berlin?
Both: Mirbachplatz! Both laugh
Max: In general I like the natural parts of Berlin, the more abandoned and less polished places. Here in Weissensee I feel good and calm. I like the mixture of young people and older established families.
Rabee: In general I like Berlin because people don’t care where you come from. You’re free to do what you want. I like the open-minded mentality throughout the city. I like Schöneberg, the Kitchen Hub at Über den Tellerrand. It’s nice because it connects so many people. I also like to go to bars and clubs.
Max: I don’t go to clubs as much as Rabee does. Laughs
Rabee: Yes, that’s difficult about our friendship: Max can’t spend more than an hour in a club.
Max: Yes, true. Rabee can party, I can’t.

Do you think Max has influenced you in your way of thinking?
Rabee: Max takes everything really easy. It seems like he’s never stressed at all. Even if something annoyed him, he’d never be angry about it. Also I know Max says  a lot for my own sake. Whenever he tells me: ‘You have to organize yourself, you need to be on time,’ or ‘you should learn German,’ he  thinks that he’s annoying me. But no. I see it as really positive. It’s hard to find somebody who tries so hard with you. A lot of people give up, they just don’t care. But he’s never given up on me.
Max: I think it’s also a personal thing. I have this attitude where I annoy people sometimes with my advice. But also I lean back and believe that everyone has to find their own path. I’m just sometimes annoyed by mistakes Rabee makes again and again, it’s like stepping into the same hole, he’s just…dreaming a lot. Laughs
Rabee: Yeah I do actually do a lot of dreaming…

What is your dream?
Rabee: I have a lot of dreams. One was to come to Europe. And try to live. My dream right now is to improve myself and create a decent life for myself.

What does a decent life mean for you?
Rabee: That’s a difficult question. I just need to find a good job that’s a good fit for me and a nice place to live. A small place, where I can connect with people a lot. And try to help people as much as I can. And maybe…maybe travel the world. I would like to see as many places as I can. Maybe one day we could do it, me and Max, tie the tiny houses by car and travel around the world.
Max: We could offer different workshops at different places. The idea is not to put tiny houses everywhere, it is more about showing people how we can all easily build something with our hands. Something that you can live in, something which is fun, and something which connects people. That’s the whole point about the dreams I think. Rabee once put it really well: It’s about doing something good for society. While you help society, society helps you. It’s an exchange.

Do you have a recipe for happiness?
Max: There is this sentence: Life is like cycling a bicycle: you have to stay in motion, otherwise you’ll fall over. I think this short sentence describes life the way I see it. You don’t have to know your direction, but you have to stay in motion.
Rabee: I think people shouldn’t think about their problems too much and not make a big thing out of them. Even if you have a lot of issues in life, just believe in yourself from the inside. That’s how I live. If I’d have thought about all my problems when I was back in Libya, I wouldn’t have been able to move.
Max: I think the answer is to realize that nothing is continuous, nothing is straight, nothing is linear. It’s totally human to have ups and downs, to be upset, to be stressed, to be down sometimes. And all that makes our lives delicious. Like the spices in a soup. And if life were just flat and there were always only smiles and sunshine, we wouldn’t be able to feel it.
Rabee: Yes. I think people who are always searching for happiness in life will never find it. You can’t create happiness.
Max: I agree, I think this constant seeking for happiness isn’t important. It’s important to not get obsessed with the idea of finding the meaning of life. Maybe there is no meaning. If you’re ok with the idea that there is no meaning in life, you won’t be upset when you realize that there isn’t.

Do you have a favorite dish?
Rabee: A lot of Kartuffel! Both laugh.
Max: One day I was about to cook something and I asked Rabee: ‘How about I cook Kartoffeln today? We haven’t had Kartoffeln in a long time.’ Being really serious about it. And he was like: Oh my god. Kartoffeln again?

So it was irony?
Max: Yeah, Rabee hates Kartoffeln.
Babee: No it’s not that I hate Kartoffeln. But it’s just, here in Germany you eat it like the main dish. It’s always a lot of Kartoffeln. It’s like if you were eating pasta. Where I grew up it’s different. We put just some potatoes in the soup, like four or five, and that’s it. 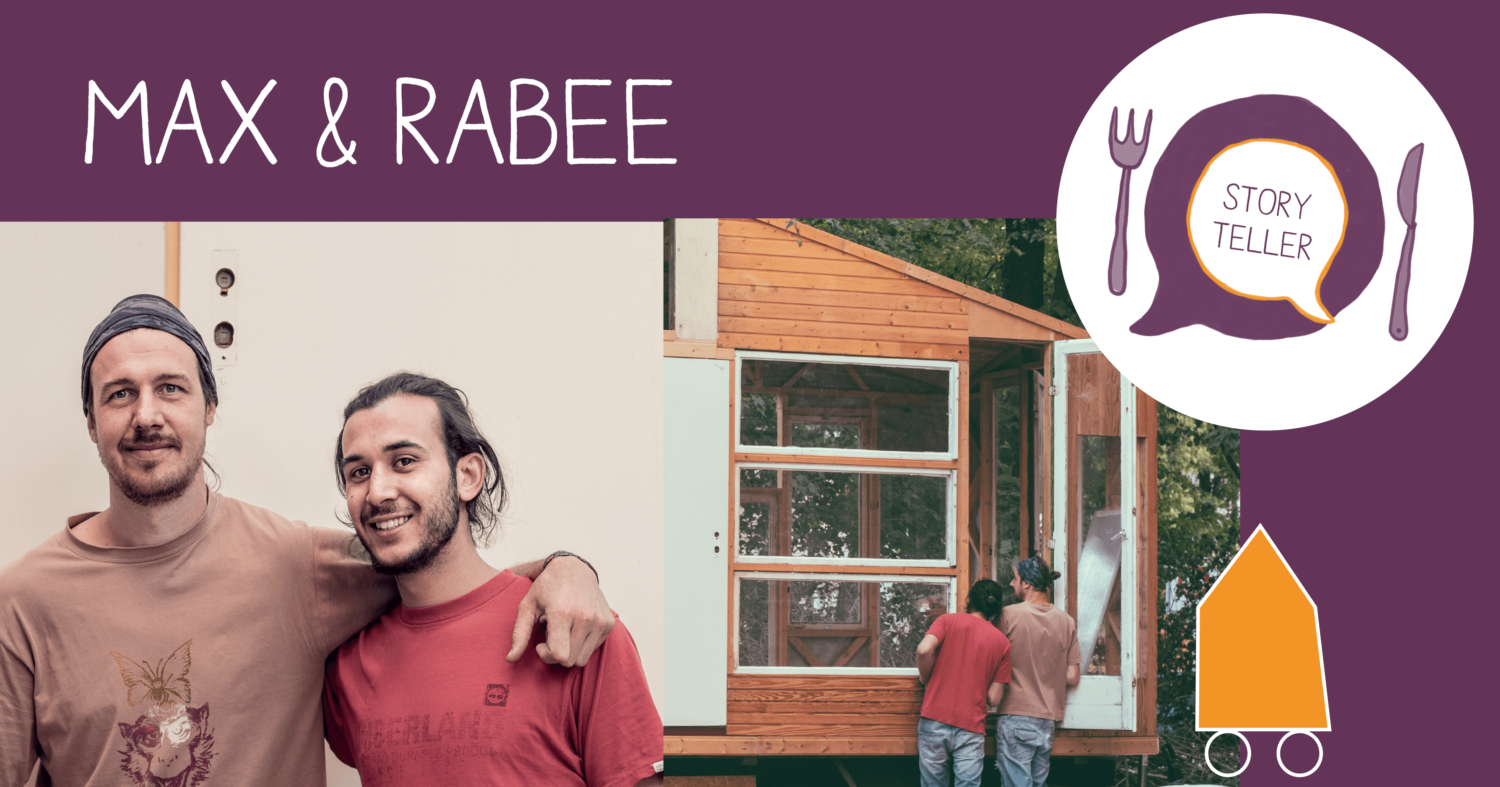